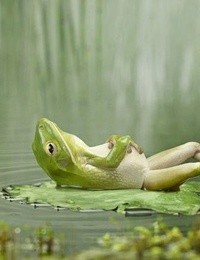 Depends how old. Made in GB is a more recent label because prior to that the stickers wrongly said 'Made in England' when they were not...they were made on the Isle on man, which is not part of England.


In January 2013, a thread appeared on a forum where Simpson are not permitted to comment.

In the same month and year, a total of ONE complaint was received by the ASA (Advertising Standards Association).

The case was informally resolved without need for formal investigation.

The issue was in regards to the sticker on Simpson brushes.

Simpson brushes, for a number of years now, are made on the Isle of Man.

As best as I understand, the Isle of Man is a self governing crown dependancy of the United Kingdom, located in the Irish Sea between the islands of Great Britain and Ireland. The head of state is Queen Elizabeth II. It's foreign relations, defence and ultimately good governance are the responsibility of the British Government. It is not a member of the Commonwealth of Nations (like my more geographically removed home, Australia) or save for a limited extent, part of the European Union. The political definition of Great Britain refers to England, Scotland, Wales, Isle of Wight, Anglesey, the Isles of Scilly, Hebrides and the island groups of Orkney and Shetland (but not the Isle of Man). Technically, the Isle of Man is a possession of the crown (not the United Kingdom). It was never conquered, instead its feudal rights were purchased by the crown. Legislation of the Isle of man defines the "Crown in right of the Isle of Man" as being separate from the "Crown in right of the United Kingdom," despite the fact that Queen Elizabeth II holds the title Lord of Mann . Geographically, the United Kingdom, does not include Crown dependancies, but the British Isles does include the Isle of Man. Great Britain is the official collective name of England, Scotland and Wales and their associated islands (it does not include Northern Island and therefore is not interchangeable with the United Kingdom).

Mark was contacted via PM (by a member) and responded:

QUOTE:
Well, the simplest answer I can give you is this ...

We are using old stock stickers on the brushes.

We are due to launch a new website later this year which will incorporate the history of the brand, heritage associated with it, archive photographs, short videos of Simpson hand made manufacturing techniques, full brush dimensions & specs, links, press ... etc etc.

As part of this process we have been looking at the company livery, primarily focusing on the Simpson sticker. We are proud of our Isle of Man roots here and I would agree that the 'Made in England' moniker is now a bit old hat. We certainly don't direct our marketing efforts on the back of that slogan - in fact our website, invoicing, email etc etc makes clear reference that we are based on the Isle of Man. No effort has ever been made to conceal the fact that our manufacturing facility is located on the Isle of Man, itself a Crown dependancy of the United Kingdom.

We may choose to use a similar sticker still bearing the Simpson name & 'STERILIZED' but incorporating 'Handmade in Great Britain' or something similar. We have our graphic designer working on several mock ups.

I hope this answers the question as succinctly as I can?