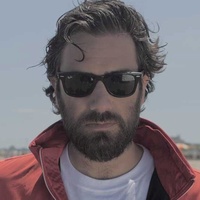 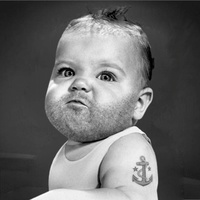 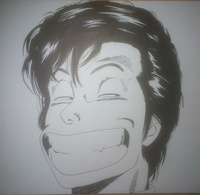 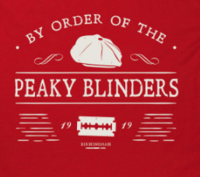 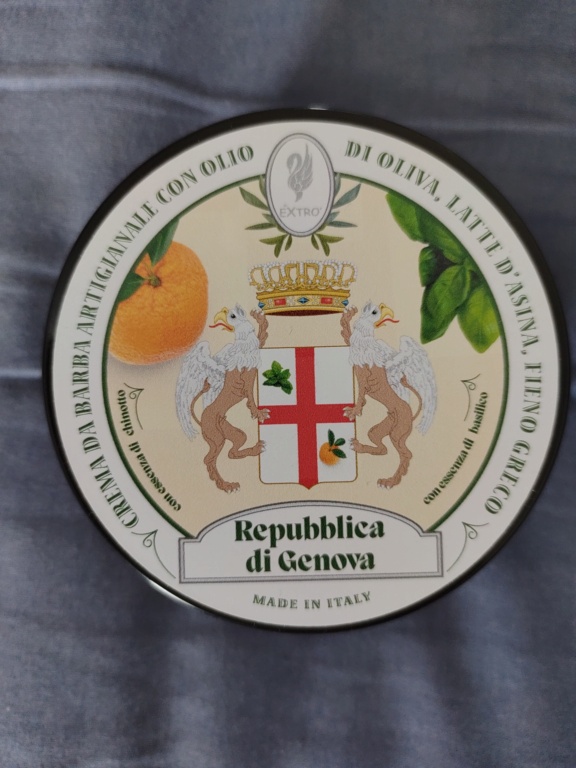 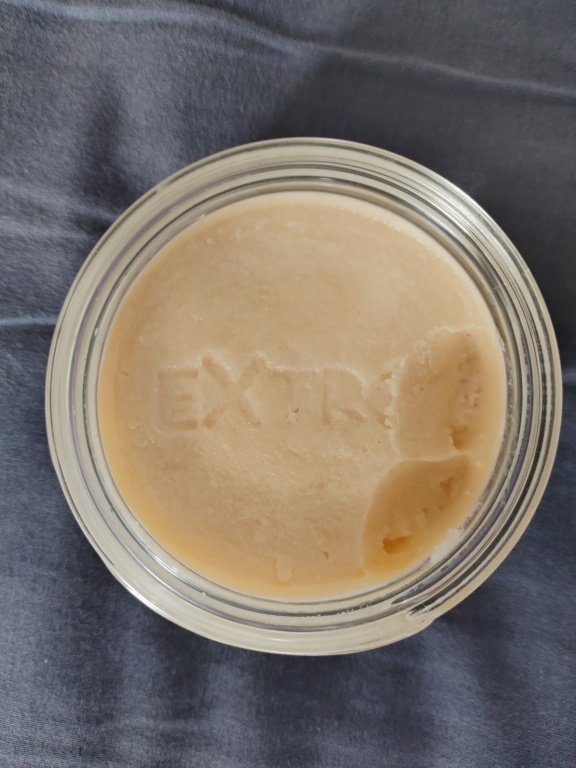 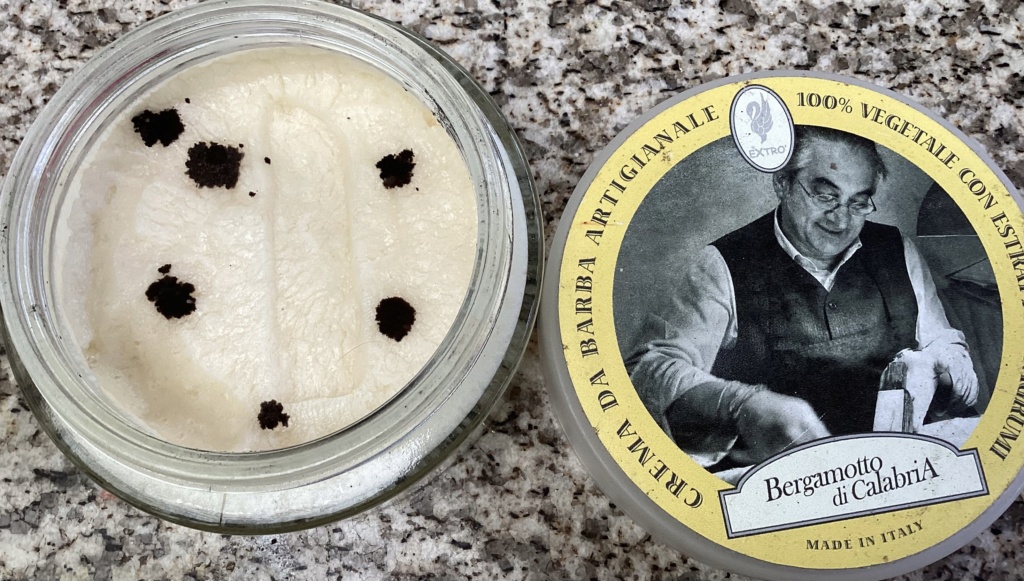 The soap had not been used yet, you can see a stamp with the mark on its surface, as received, therefore, the soap is new and has not touched the water, however, you have generously developed fungus.

Contact the manufacturer, and their aggressive and pretentious response how was that a demonstration of the extreme quality of the product (!!!!).

But it is not the only problem of the same brand, I have several more, and others are in the lotions.

Simply, this brand does not make their soaps, but they are from another workshop that I know, but even that is not accepted by the owner, who claims to know everything and more than anyone can be very sure of that brand but this is simply a warning from both can happen

Never seen that before, in whatever soaps (and I have some that are quite old now)... It's not good Extro did not offer a replacement, but have you tried with the seller? I'd be surprised they don't offer one or a refund as it looks like your batch was contaminated at the source (they should look into units from the same batch)

I did not even ask or demand a replacement of the product at all, I simply informed him that his products had certain quality problems, although acknowledging that the fault lay only with the workshop or manufacturer that he had. Although recently I think he has changed producers.

But what was stupid and aggressive was the type of response he gave, talking about his 40 years of recognition, prestige and brand, etc.

I do not have the slightest doubt, I am simply informing you that you have a product that has not given good results and that you must correct this problem, it is a technical problem, not an ideological question.

A saponification must convert any organic product into a sodium salt... Unless, due to the addition of unhealthy amounts of other "modern" products, the saponification is not complete and produces these results over time
but no, but I wanted something else to report

For this reason, the aggressive and pretentious response seemed totally out of place, truly stupid, because commercially it is a mistake.

And above all, because I have a blog about shaving that has been published for 18 years... And therefore, I should know something about that topic

It can be difficult for some people to receive feedback... sad. Maybe the fact you have this established blog freaked him out. Who knows; I do not know the guy, and it does not really matter at the end as he should have looked into this batch based on your input

These are some of my Vintage relics, they are soaps that I got in some cases without using yet, others are pure relics.

Some of my Stick soaps are very old, obviously made with tallow, and their properties and quality have been proven by generations of users.

And but only one thing can be deduced from this, and that is that age is not a justification for a soap to develop fungus, not even for it to lose its aroma, my Vinolias still smell of roses and are over 100 years old 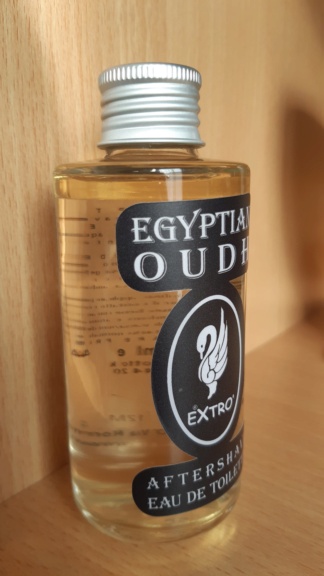 A lotion has to be formed with a part of the solvent, generally alcohol, plus water, and the added products, which will dissolve in the alcohol and be deposited on the skin.

but the entire mixture, like any chemical reaction, has to be under certain parameters and quantities so that the result is the one sought, no matter how much we add sulfur, in the gunpowder, it will not be better gunpowder... It is an example

The "modernity" of current productions consists of adding insane amounts of products, with the claim that they are high in essential oils, and that is the reason why they are expensive,

But really, an excess of oil that causes these turbulences is deposited at the bottom and ends up directly on the skin, which is quite dangerous if you are exposed to the sun afterwards, especially if they are citrus fruits,

So what was intended to be an advantage of the product over others marketed before, with more measured amounts, and tested by generations of users without any problem, become dangerous potions for our skin, the opposite of what we are looking for.

In my opinion, there is a lack of intelligence, and plenty of it, on-demand production of requests, which sometimes has no reason to exist, but this brand sins precisely, especially in this

And it is not the only one, I have a whole collection, but I prefer to keep those photos to myself so as not to demoralize the new users, and the enthusiasts, "of excess"

Ok. Nobody (here) says mold developed in your soap because of time

. As it grows, it will by definition develop over time, but the cause will remain product contamination (or improper saponification if you say so).

Now, I'm sure you'll agree that, the fact there are vintage products of good quality, is no evidence that more recent ones are all crap

With respect to scent longevity: regulations have (luckily) changed, and even perfumes got reformulated and lost the lasting power of their vintage brothers. This, does not make them less qualitative in my views (of course, excluding potentially harmful ingredients is not the only cause, and manufacturers also try to cut costs; this, is a drop in quality).

As I'm no expert, I'd be very careful with vintage products, especially cosmetics: for example, it seems Vinolia contained boric acid which can be harmful in some circumstances, etc.

Coming back to Extro: are the modern products you mentioned in their soap also the oils, or is that only for their splash?

I have two types of incidents and of different importance

The excess of essential oil in a lotion, this can be partially solved with a paper filter that you do yourself (I don't find it justified with the prices you have paid, that you have to make improvements to the product later).

And the fungus problem, in the soap.

But it is not exclusive to this brand, curiously they are always problems in "artisanal" products, I have a whole battery, a collection of errors of this type in totally different brands and some very, very sold ..... although for your download I am going to tell you that generally they are not the experts who make the soap… As is this case!

I believe that there is more goodwill and desire to please on the part of the artisans, and I thank them!

But there is very little technical level, rigor and experience, and no training, and obviously a lack of time to verify that these problems can appear

Today, even to sell bread, you need to take a food handling course, but to make soap, at least in Spain, no one demands anything from you... 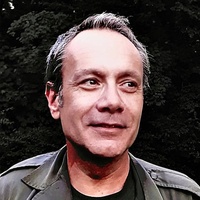